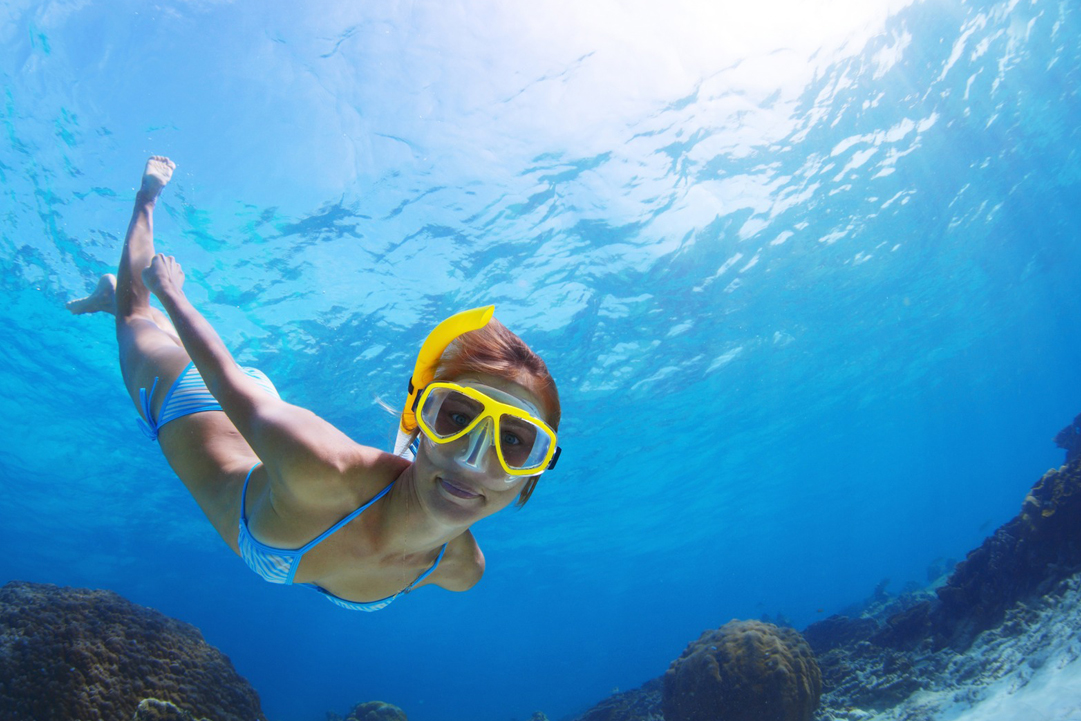 Snorkeling is a fun easy way to discover the fascinating world just beneath the ocean's surface, and all ages can participate. There are close to 7000 marine species in Costa Rica, approximately 3.5% of the world's total. All you need to appreciate the abundant marine life is a snorkel, mask and fins. Bring your own or rent some locally.

Costa Rica offers two different coasts to choose from with locations suitable for snorkeling on both sides of the country. On either the Caribbean or Pacific coast you can enjoy a variety of tropical fish – puffers, barracudas, parrotfish, snappers, butterfly fish, king angelfish and zebra fish. Lobster, eel and octopus hide among the nooks and crannies of rocks and corals. Warm waters give way for close encounters with sea turtles, spiny puffer fish, sharks, and graceful rays.

Visibility varies with weather, season and location. Dry season (DecApr) is when the water is generally more transparent. Seasonal rains can affect the visibility close to the coastline but farther offshore destinations like Cano and Cocos islands are less affected.

Snorkel the waters off the coast of Cahuita National Park, Puerto Viejo, Punta Uva, and Manzanillo Check out the bay and estuary at Punta Uva.

Snorkel the waters of Playa del Coco, the Bat and Catalina.

Snorkel Uvita at the Ballena National Marine Park around Las Gemelas (The Twins), rock formations and the Whale's Tail, a unique geographic formation formed by an offshore sandbar connected to the mainland by a thin strip of sand that disappears when the tide rises.

Snorkel the shallow rocks of the north face of Cano Island. 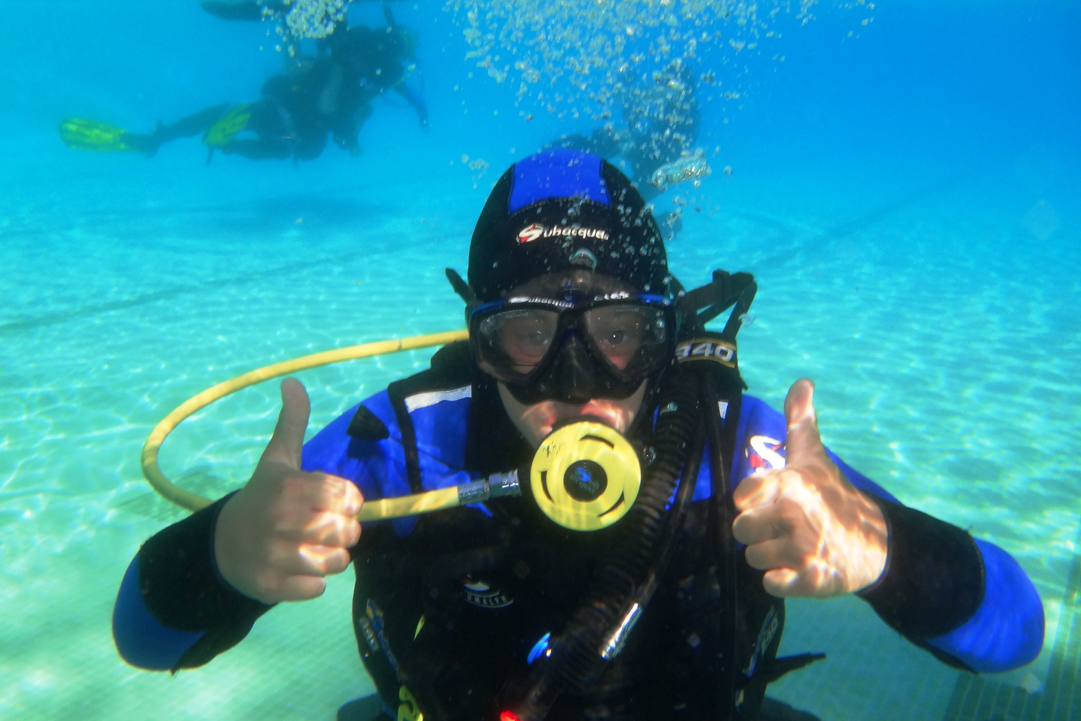 Scuba divers will find that a lightweight wetsuit or none at all is all that is needed. The water simply amazing. You will encounter large number of fish of all sizes. Scuba diving in Costa Rica is not as publicized as it is in some counties but it will surprise and delight the Ecofriendly scuba diver. You are sure to have an experience of a lifetime.

Scuba locations not to miss:

Cocos Island, 300 miles off Costa Rica's mainland, is a UNESCO World Heritage Site that is world renowned as a top diving destination, perhaps the best in Costa Rica. Both "Scuba Travel" and "The Guardian" list Cocos Island as one of the world's best. The area possesses a rich undersea diversity and supports more than 25 endemic fish species, including the redlipped batfish. Pelagic species such as marlin, sailfish and sharks are drawn to the area to feed and mate. Whales also use the Cocos Island seamount as a place to congregate and calve. Because reaching Cocos Island National Marine Park requires a lengthy boat trip, EcoCostaRicaTravel.com recommends charting a liveaboard dive vessel. Go to "Plan Your Visit" for more information.

Caño Island is in Drake's Bay on the northwest side of the Osa Peninsula, which "National Geographic" cites as one of the Earth's most biodiverse regions. The intense wildlife is the reason that "Scuba Adviser" and several of the country's top diver operators consider Caño to be one of Costa Rica's best dive spots. Apart from the large number of reef species that teem the island's shelves and reefs, you can expect to encounter larger creatures such as manta rays, free swimming moray eels, white tip sharks, black tip sharks and nurse sharks. Other marine species common to the area include turtles, orcas and dolphins as well as humpback and pilot whales. Because the area is relatively remote, you may want to book a resort near the island. You will need to stay near the Drakes Bay Area near Corcovado National Park

Guanacaste dive operators and "Scuba Travel" agree that the Catalina Islands are the best site in Northwestern Costa Rica. The islands are highly regarded dive sites not only because of the large pelagic species found in the area, but also because of the islands' unique underwater structures, such as arches, caves and vibrant coral. The islands are in the Gulf of Papagayo, just offshore of Playa Ocotal and Flamingo Beach.

If you're hoping to see large shark species like bull, tiger and whale sharks, as well as manta, eagle and devil rays, the Bat Islands, or Islas Murciélago, are your best bet, according to "Bajo el Agua," a Spanish diving newsletter. The Bat Islands are part of the Santa Rosa National Park, just off the Playas del Coco in Northwestern Costa Rica. The dive site is best for experienced divers as strong currents and deep water dropoffs exist in the dive locations. One of the Bat Islands' sites is known as "The Big Scare" because of the large number of dangerous shark species that congregate in the area.